How to Improve Tuning

I’ve been a cello professor and intonation researcher for 30 years. In addition to performing, I have spent decades helping students play more in tune, and I thought I’d share some of the most helpful solutions here.

1. Tuning your awareness is half the battle

Bringing intonation to the level of “constant concern” is step one to improving your (and my) intonation. As a professional cellist, I know only too well that I have to attend to intonation for each and every pitch. Students need to be reminded that playing in tune is a matter of high priority.

When my student plays a few notes out of tune, it is remarkable how well it works just to say, “I heard a few out-of-tune notes. Try it again. Listen and fix the intonation.” Of course, if you’re the student, you will spend most of your time playing on your own. That brings us to the obvious question...

When is a note in tune? Despite the temptation of digital tuners that listen to each note, intonation doesn’t really exist out of context. Rather, intonation is a matter of comparing pitches to a fixed pitch. It’s easiest to understand with a scale. Let’s say you play the cello. Ask another cellist to play a constant “drone” pitch on an open C string. On top of that, play a two-octave C-major scale, and listen to the character of each pitch:

Over time, as you practice playing with a drone, you will learn to instinctively tune the pitch faster and faster, finding the appropriate character of each pitch in relationship to the drone. Eventually, you will not need to tune the pitch because you will play it right instantly!

4. How can stringed instruments make a tuning drone?

For bowed string instruments, an open string played by a friend, makes a great drone. Or you can play, record, and play back your own drone.

5. What about improving singing/voice tuning?

Singers, try playing (and repeating) one key on piano as a drone. Since you probably often play with piano, it’s good to get used to that sound. For a cappella or vocal ensemble work, if you are used to straight-tone singing, you might be able to record yourself singing a very steady straight tone and use that as a drone to sing against. Of course, you need to be sure that the drone pitch doesn’t waver, though!

6. Any advice for trumpet, trombone, French horn, tuba, and other brass instrument intonation?

Have a friend who plays organ? Organ is technically a wind instrument, so that would make a great drone for you. Or ask a cello player to play (and perhaps record) a drone for you.

7. What about tuning flute, piccolo, oboe, English horn, bassoon, and other woodwinds?

Make your own drone. But make sure it is a fairly low pitch. A drone on the bassoon would be wonderful. Piccolo players, make sure the drone is not too far from your own register. A drone on a flute might be best for you.

Yes, do record yourself. Play it back. How’s your intonation? Try it again and again…until it sounds right. You might also send the recording to a friend. Sometimes an outside pair of ears will hear something that yours will not.

8. Is it possible to improve your ear for intonation?

Musicians often think of intonation as a fixed ability – something you either have or do not, that cannot be improved. As a teacher, I have seen students improve their intonation by improving their technique, listening better, and so on. But I often wondered whether someone could improve their raw ability to hear close pitches.

To test this, I teamed up with a software developer, psychologist, and mathematician, and we made an app that tests your ability to hear very close pitches. We had half our test subjects use the app every week and the other half use the app once at the beginning and once at the end of the study.

To our surprise, we discovered that students who used the app often improved the more often they played – 3x faster than those who didn’t.

We published the app – called InTune – so everyone can try it and improve their tuning. Give it a try every day for a few weeks and see how your tuning improves! 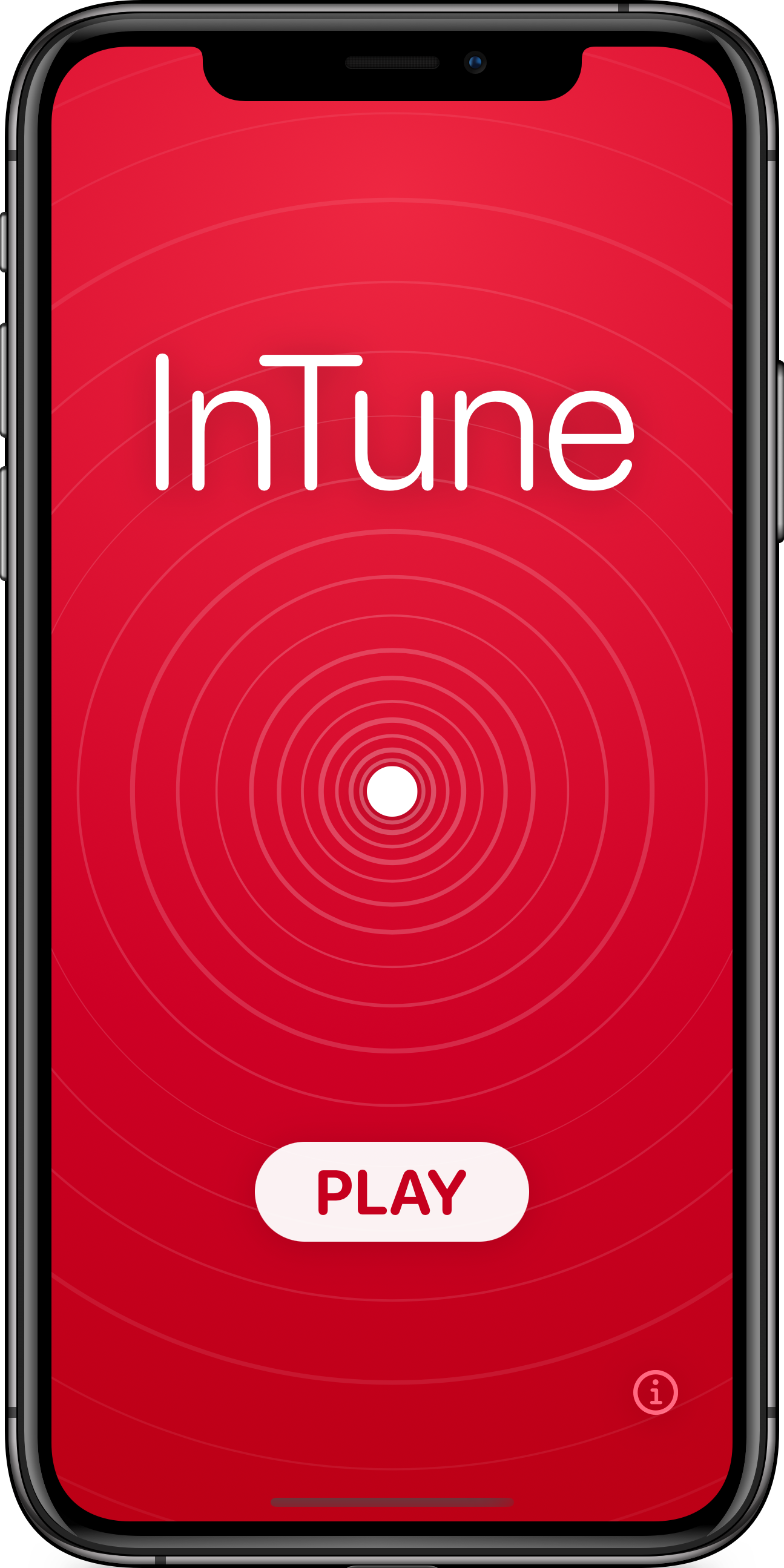 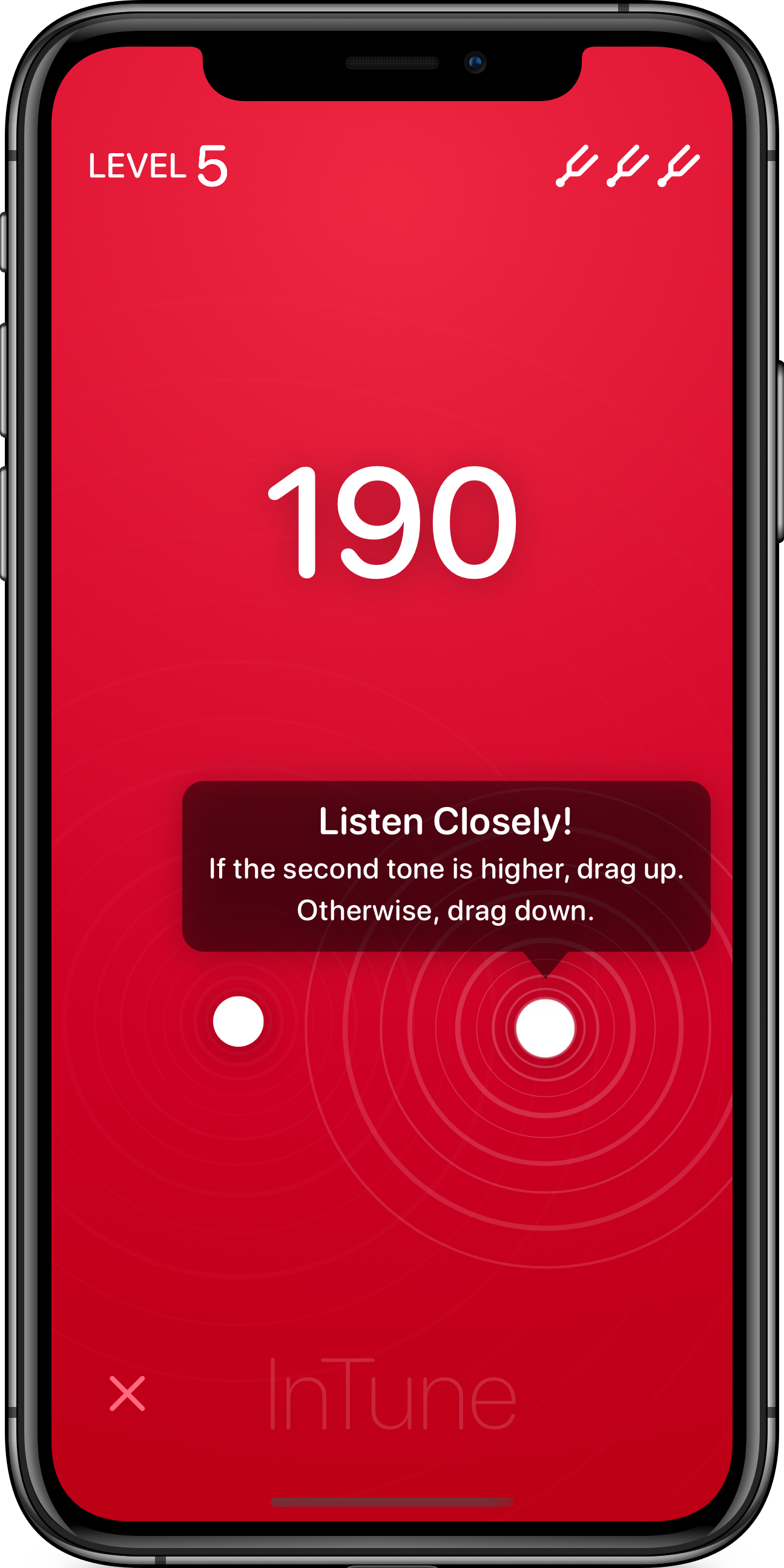 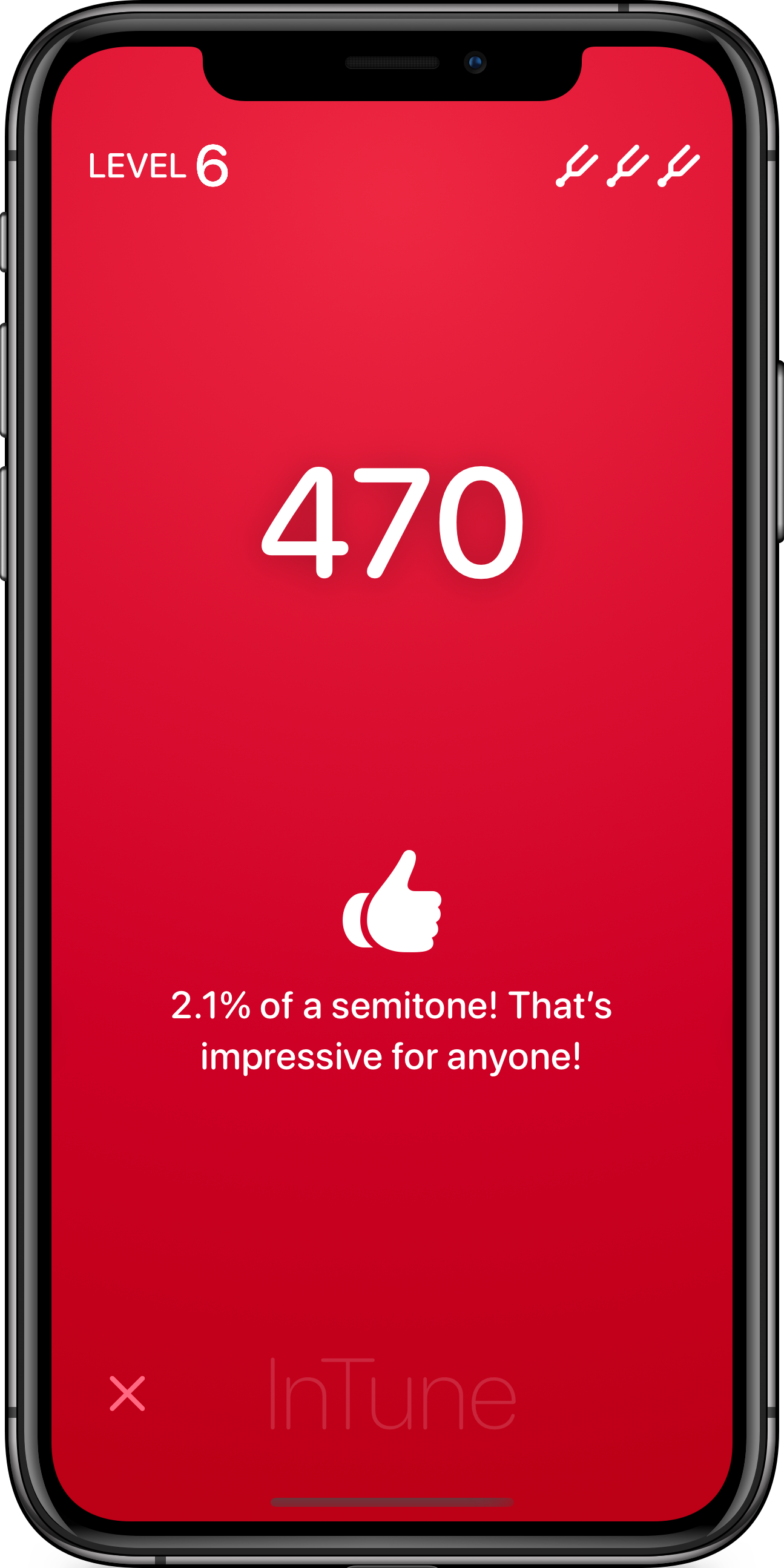 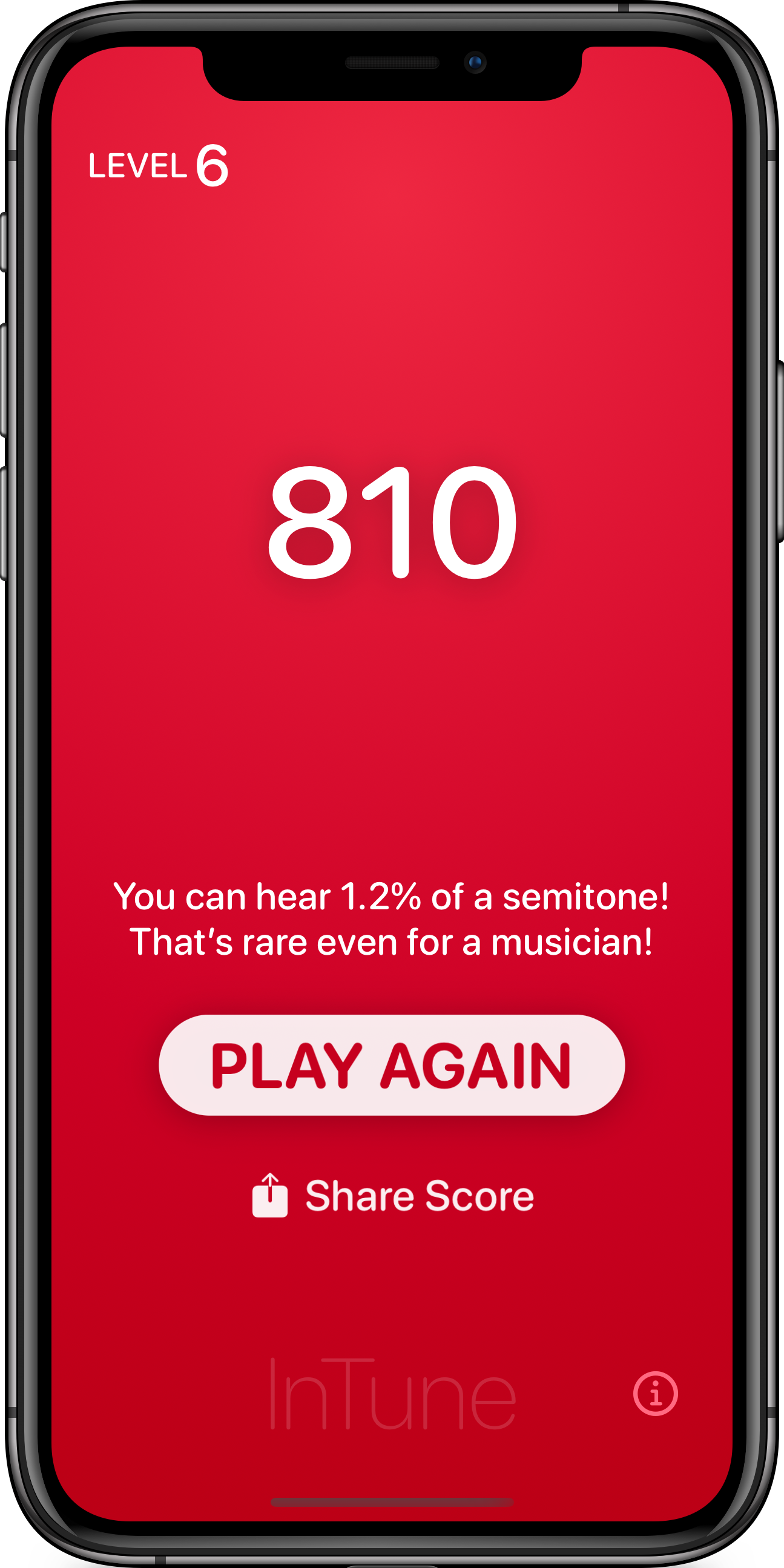 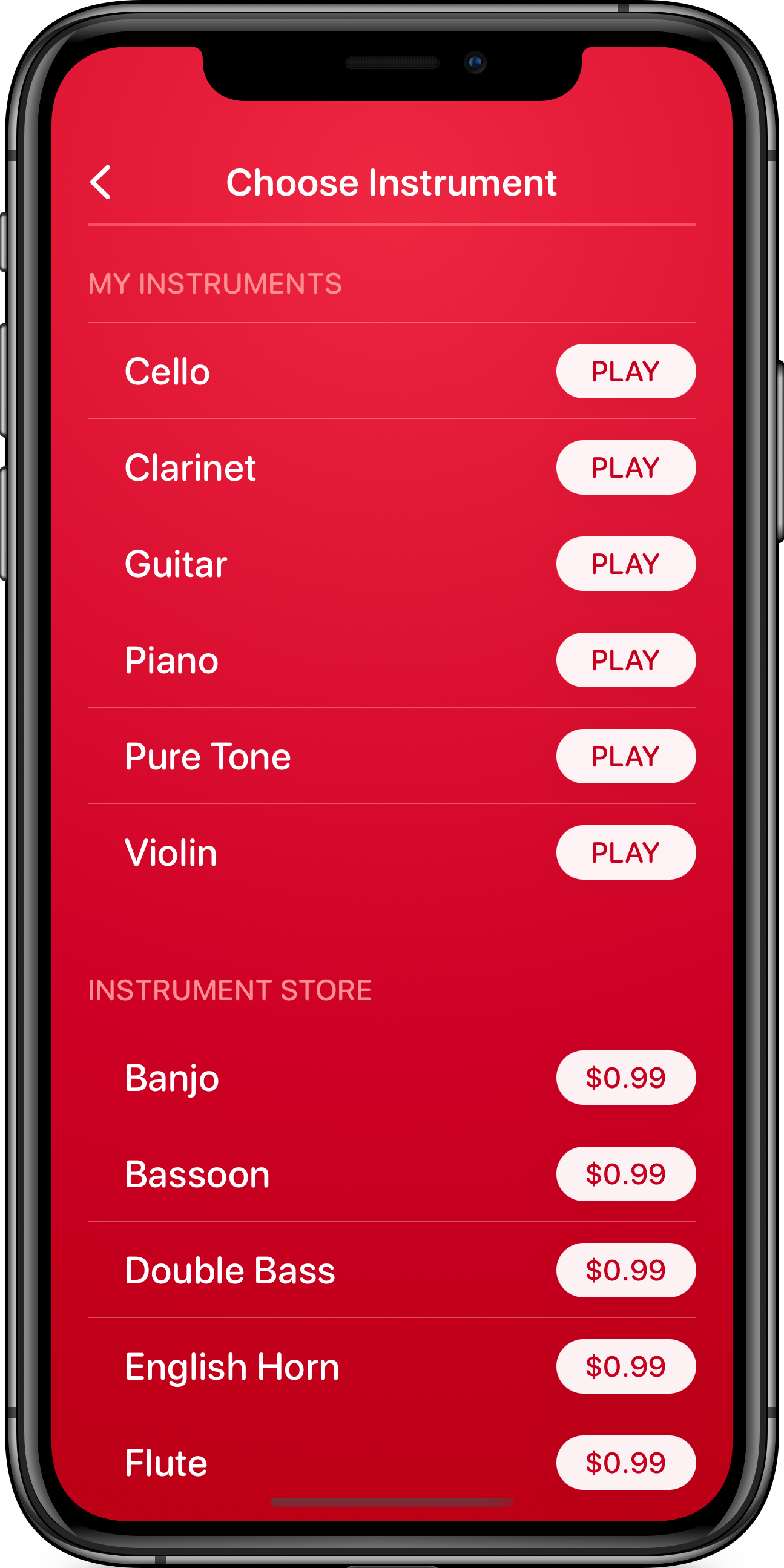 Daniel Kazez, Professor of Music at Wittenberg University (Springfield, Ohio) is a cellist with degrees from Oberlin Conservatory, the Peabody Institute, and the University of Michigan. Dr. Kazez has lectured at leading music schools and conservatories and played concerts across the US, Europe, and India. He is the author of Rhythm Reading (W. W. Norton) and has also written on music theory, performance pedagogy, and intonation, including the InTune app.